It was the fourth day of my survival skills training & we were on the topic of food. Lessons ranged from trapping & skinning animals to leaching and cooking acorns. Our instructor, Tom Brown Jr., described how the notches on the traps had to be cut at precise angles, exact dimensions and of certain materials. His strict adherence to each skill was based on experience, having lived many seasons of his life depending on that which he found in and created from the woods. This knowledge has influenced people around the world through his books, trainings and special missions. Tom Brown Jr. knows his stuff. He told stories of training navy seals, assisting police in finding lost children in the wilderness, and finding a diabetic lost wandering in the desert. Every story was better than the last. I was on the edge of my seat taking rigorous notes.

But his gentle side came out as well. There were two times during that week, where this strong man welled up with tears describing moments that touched him deeply.  One was when he recounted a time that he found a child who had been lost, the other was sharing when he received a letter from a college student who said that Tom had saved her life. I’ll summarize the way he described the letter from that student here.

In the letter, the student shared how she had attended this same course that I was taking many years ago. And on the “food day”, she commented to the class that she didn’t eat meat and wanted to skip out on the lecture about skinning animals and preparing their meat for food. He gave her permission to leave if she wanted to, but included “this could save your life one day”, and so she stayed. He went over how to skin a squirrel, how to separate the meat from the intestines, which parts are edible and various ways to prepare it for food.

In her letter, she explained to Tom about a research  trip to Alaska in a remote area where they had to be flown in on small planes. The research trip was for her and another student in her program. They had flown in all their research equipment, food, camping gear and computers. They stayed out for 2 weeks, and when they were finished with their work, the plane came to pick them up. Once loaded, the plant was too heavy to return with all of the gear and passengers. So, she opted to stay behind for a few hours until the second plane could come out and pick her up. During that window of time, a storm blew in and she was hunkered down until it passed, knowing the plane could not fly in those conditions. The day turned into night, and the storm continued. So she fixed dinner and got some sleep.

Tom recounted the letter and continued… The storm pressed on. Another day, another night, and her food supply was running low. She rationed what she had, but finally it ran out. She was camping in a blizzard, in the middle of nowhere, without knowing long it would last for. She was hungry and scared. Then, there was movement under her tent, a mouse had found it’s way burrowing up through the ground beneath her. She never thought that she would ever kill an animal, but she was desperate and with one motion hit the movement beneath her tent with her shoe. She ate the mouse, and it sustained her until the storm cleared and she was picked up. Just like Tom promised in the lecture years prior, knowing how to process an animal saved her life. Tom’s tears were connecting with that moment, knowing how we all struggle to do the right thing, and be the right person. But at the end of the day, we are all just trying to survive.

I share this story with you today because animal processing is not a commonly discussed topic, yet one that is interwoven to human life throughout our ancestral lineages. I welcome you to read more on Shane’s upcoming class Using the Whole Animal, and perhaps add a new survival skill to your life. 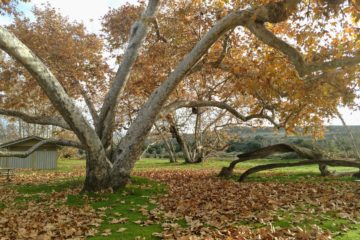 As the hustle and bustle from the holidays settle down, I like to observe the beautiful winter colors of January. This is my favorite time to get out into the natural jewels of Orange County. Read more… 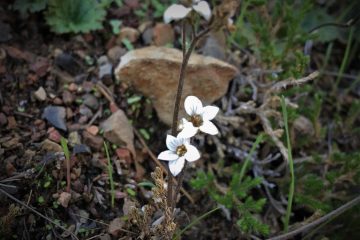 Shane’s Corner – Gifts of the Land

Shane Brown is a lifelong naturalist and the caretaker at Big Oak Canyon, Earthroots 39-acre property in Silverado, California. This blog is a highlight reel of his experiences at Big Oak Canyon. Join Shane for Read more… 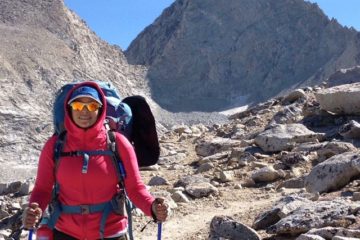