When I was a kid and anyone asked me which animal I’d want to be, I’d always say I’d want to be a butterfly. They’re beautiful, they can fly, they come in all colors, they hang out on flowers… what could be better? I used to travel to the Woodland Park Zoo in Seattle each summer and explore the butterfly garden. I’d wear fluorescent clothing, hoping a butterfly would land on me. It’s funny, but I never really considered the butterfly an insect. They seemed too beautiful and perfect to be in the same category as a fly or a beetle. I always thought of them as a category all their own.

I always found it fascinating that butterflies don’t start out as butterflies. They start out as a completely different being altogether. It’s funny, if you think about it. Baby cats are kittens, baby dogs are puppies, and “baby” butterflies are caterpillars. They start out as an egg which hatches into a larva (aka the caterpillar). The caterpillar then lives out its life cycle until it’s ready to transition to the pre pupa state. After that, it forms a chrysalis and moves into the pupa stage. Finally, when the final transition is complete, the adult butterfly emerges. It wasn’t until I was an adult that I thought about the life cycle in this way. I used to think that these beings got to live two different lives instead of one. First the caterpillar hatches from its egg, it lives its full life, then (as my child brain thought) when it was ready to “die” it built its cocoon and somehow magically was given a second life as a butterfly. The emergence from the cocoon is like a second birth if you think about it. Either way, I’ve always been amazed by how these creatures completely transform. I used to think about what I’d want to be if I could go into a cocoon for a while and then come out a different animal. Maybe a snow tiger?

I always took the beauty and majesty of the butterfly for granted. They just seemed like one of those simple joys in life that would always be there. Like rainbows, children’s laughter or sunsets. It wasn’t until just a few months ago that I fully understood that these creatures are not a given, and could quite possibly cease to exist.

About a year ago, I learned the monarch butterfly population in California has hit devastatingly low levels. In the 80s, their numbers were in the millions. They dropped to the hundred thousands in the nineties. In 2019, counts were in the 30,000 range, and last year, volunteers only counted about 2000. This unfortunate reality became all too clear to me when I visited the Monarch Butterfly Grove in Pismo Beach. Once a sanctuary where tens of thousands of butterflies roamed free, the grove is now only home to a little over 200 butterflies. At the site that day, many saw the lack of butterflies as simply a false advertisement or a disappointing attraction. I saw it as a cry for help.

The disappearance of the monarch in California is due to a combination of factors. The first is the vast usage of pesticides, which in addition to destroying monarchs has all but wiped out the bee population (among other insects).

The second reason is the rapid deforestation of the groves of trees the butterflies need for shelter to survive, especially in the winter. California has lost a whopping 50% of its big trees since the 1930s, according to a study by the National Academy of Sciences. The trees we do have are much smaller, providing less shade and sanctuary for plants and animal life. Less shade causes the land to dry up faster, bringing us to our final reasoning.

Lastly, and perhaps the most crucial reason, is climate change. In recent years, the climate in California has undergone drastic change. We now have a fifth yearly season, fire season, which continues to devastate our landscape and all of the critters that inhabit it. According to a recent report by the Insurance Information Institute, “[In 2020], wildfires in California burned a record 4.3 million acres”.

With monarch populations declining at such a rapid rate, environmentalist groups have been working to protect them under California’s Endangered Species Act. However, a Sacramento Superior Court judge ruled against the decision in 2020, citing that insects were “not a high enough priority” to be added to the endangered species list. The sad reality of this is that so many of us do not understand how essential insects like butterflies and bees are to our own survival. Insects pollinate our fruits, flowers and vegetables, keeping them alive and healthy for us to eat. They also disperse seeds, dispose of wastes, and provide a major food source for other beings. Another essential job of an insect is maintaining soil structure. Many insects are scavengers who feed on dead animals and fallen trees, and then recycle nutrients back into the soil. Essentially, insects keep our ecosystem in balance.

With the odds stacked against our beautiful monarch butterflies, it’s easy to just give up and turn a blind eye to their extinction. However, there is a lot we can do to help the survival of the California monarch, and much of it is pretty simple.

4. Get involved. There are some great organizations out there like Save Our Monarchs and Monarch Watchwho are doing great work to save the monarch population. Many of these groups are even petitioning to appeal the Supreme Court decision and get monarchs added to the endangered species list. 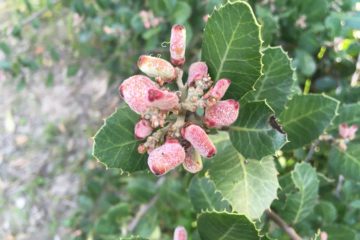 Nature and the Busy Parent

By: Angela Capps If you’re like me, the timeless metaphor, don’t forget to stop and smell the roses is something you often say casually or somewhat automatically. But do I ever stop and ask myself Read more… 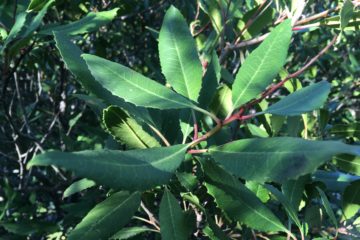 Every Plant is a Story

By: Diana Sherwood “Every plant is a story. An oak tree is a highly dynamic system. Though now, in early autumn, it may not look like a lot is happening in a tree, across oak Read more… 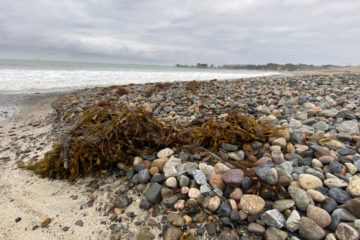